Todd has shown at the Telluride Gallery since 2012. For his trunk show the metal artist is bringing a selection of rings, earrings, necklaces, and bracelets to town. 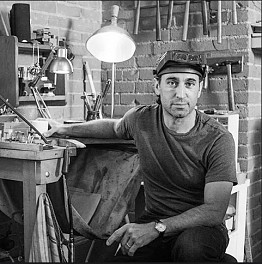 Master jeweler Todd Pownell once described a perfect day at the office as one on which he is “working and designing with newly acquired or exciting stones for one-of-a-kind pieces or when creating new collections. I love it when I’ve had the idea for something for some time and I finally get to actually sit down and produce the new work.”

Todd is the owner of TAP by Todd Pownell, a designer jewelry firm in Cleveland, where he works with a team of four selling their work through jewelry stores, galleries and boutiques. Designs feature a captivating interaction between dark and light metals, fine gold and diamonds that give the TAP Jewelry designs a sense of romance and an air of mystery.

Todd works in a variety of metals including gold, silver, palladium, and platinum. His unusual technique brings out the organic qualities of the elements, further enhanced by white and cognac diamonds set inverted or upside-down. Both that unique way of setting and his casting techniques give an edgy quality to Todd’s jewelry line. 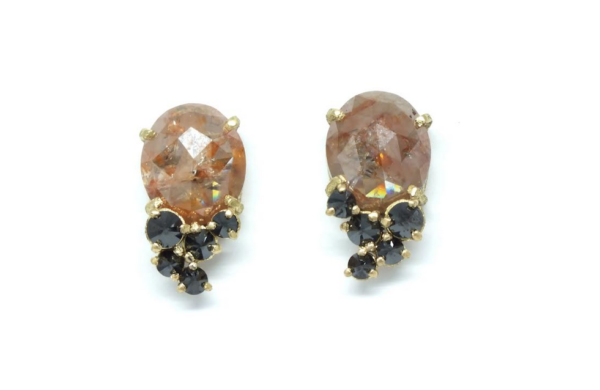 The added “icing”? The man is a member of Ethical Metalsmiths, jewelers for social and environmental responsibility.

“My exploration in the process of jewelry-making is with a deep respect for the innate properties of the material. The noble metals and gemstones display strong qualities of order and structure within their internal network… I like to think of my designs as evolving from an emotional state to an aesthetic experience and back again.

“Romanticism is a powerful influence. The interaction of dark and light metals mixed with fine gold and diamonds combine to evoke a strong sense of mystery and a sublime nature. Diamonds are bead-set upside-down onto the surface in pave or scattered across the piece. This reverse setting effectively captures and reflects light in a succession of broad flashes from the oblique angles creating a feeling of twilight. Visually the effect is similar to the display of a gathering storm in the night sky. Or one can be reminded of the low-angled light as it is cast across the vista into the gazing eye.” 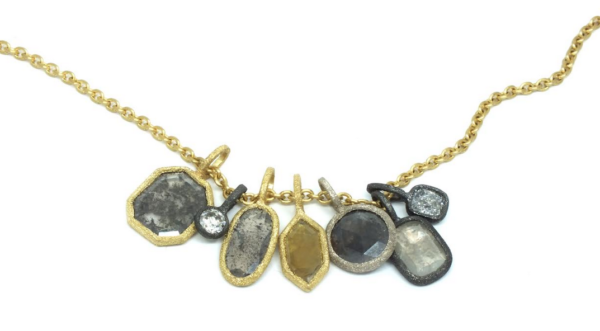 Todd began studying jewelry-making and gemology after high school and immediately began working as a jewelry craftsman at independent jewelry stores. He followed up with the study of gemology, very soon becoming the entrepreneur he is today.

Over the years, Todd has taught and given numerous lectures and workshops focusing on topics such as stone-setting, fabrication and how to build a viable studio. 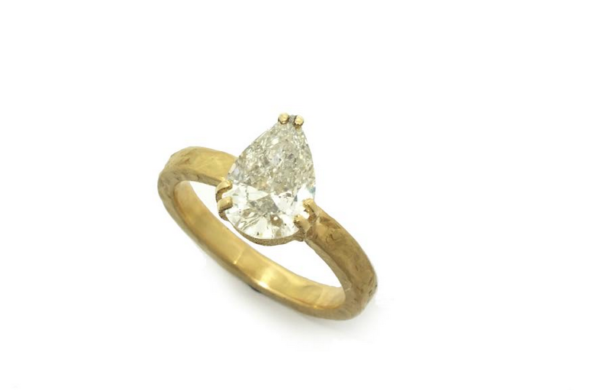 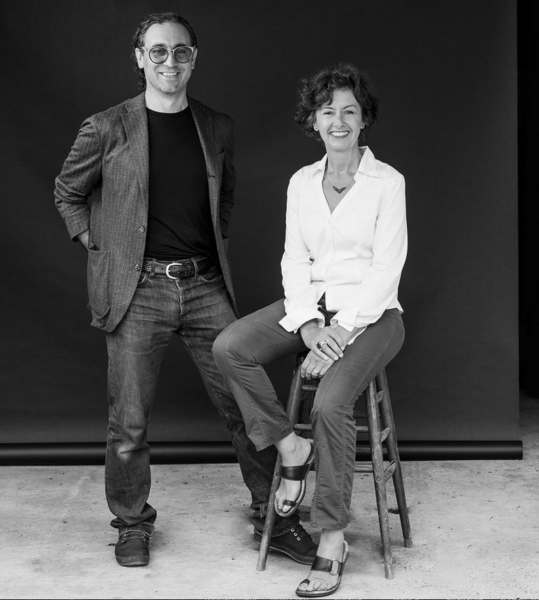 Todd Pownell is a Graduate Gemologist whose work has been featured in a variety of publications including the Lark Books series. He is a member, as mentioned above, of the ethical metalsmith’s jewelers for social and environmental responsibility, artists who support ethical mining in sourcing their materials. He is also member of the Society of North American Goldsmiths, Gemological Institute of America and the American Craft Council.